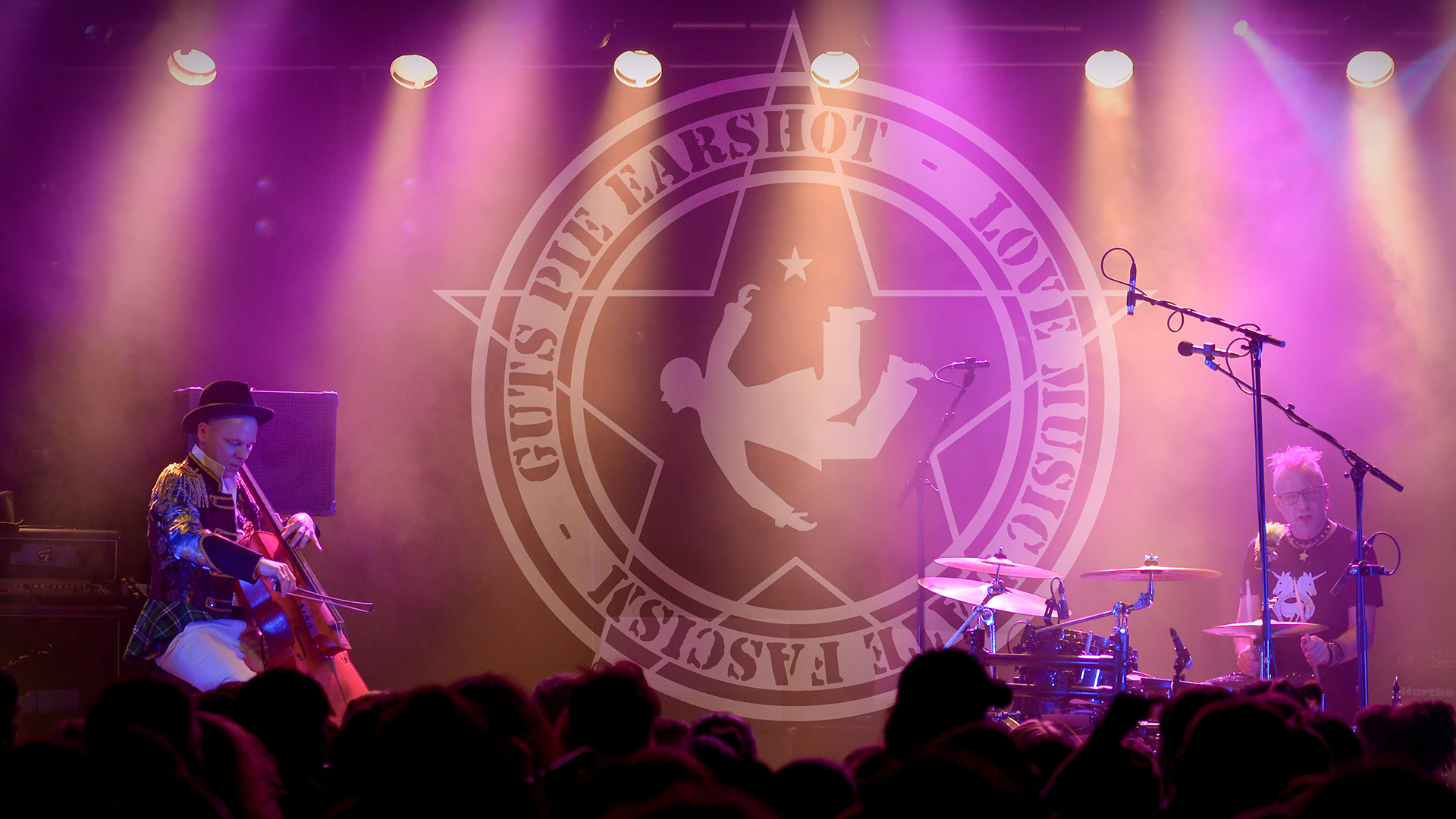 GUTS PIE EARSHOT are surely one of the most unusual modern bands who music-wise vaguely have something to do with punk/ hardcore and in the same time breakbeat/ techno.

Their music is purely instrumental. This instrumentation may appear minimalist, only cello and drums are played, and yet the music conjures up entire new universes in the mind’s eye – or ear.
It creates a unique atmosphere miles away from the structured world of punk, rock, dance-floor or drum ’n‘ bass. As we know, opposites attract and in the case of this band, they simply implode. Live drum break beats and staccato cello strokes cater for aggressive and tight moments bursting with punk energy and catch the dance floor grooves with its classical, oriental cello melodies.

With their sound they manage to create a whole new tone world oscillating between mourning, melancholy and dreaminess on the one hand, and power, energy, virtuosity and the entire complexity of jazz punk on the other. What emerges is innovative and playful pieces which are yet saturated in beauty – and always a sure seduction to dance.

GUTS PIE EARSHOT are one of the bands who for 19 years now have achieved what only the very few manage: to transfer themselves and their audience into a state of intoxication and, for as long as the song lasts, abduct them into another world.
Influences from hardcore, classic, breakbeat, jazz, tekno and folk create an hypnotic soundtrack to the famous „in-mind movie“.

But both musicians remain true to their punk roots, even meticulous passages never come over as sterile, and the sound still has that somewhat rough charm of a garage band.
It’s clear that here the depths of established listening habits are plumbed and put to the test. A band that has broken out of the musical norm to create something completely new, their own thing.

HISTORY of the BAND:

GUTS PIE EARSHOT emerged in 1993 from the band „Flowerhouse“, a then 5-person D.I.Y. / Punk/HC- influenced band, successful In the „scene“ with cello, keyboards, bass, vocals and drums.

From 1997 various members drifted away from the band and were not replaced – so as not to lose the original signature of the sound that had developed over the years. The line-up now is: